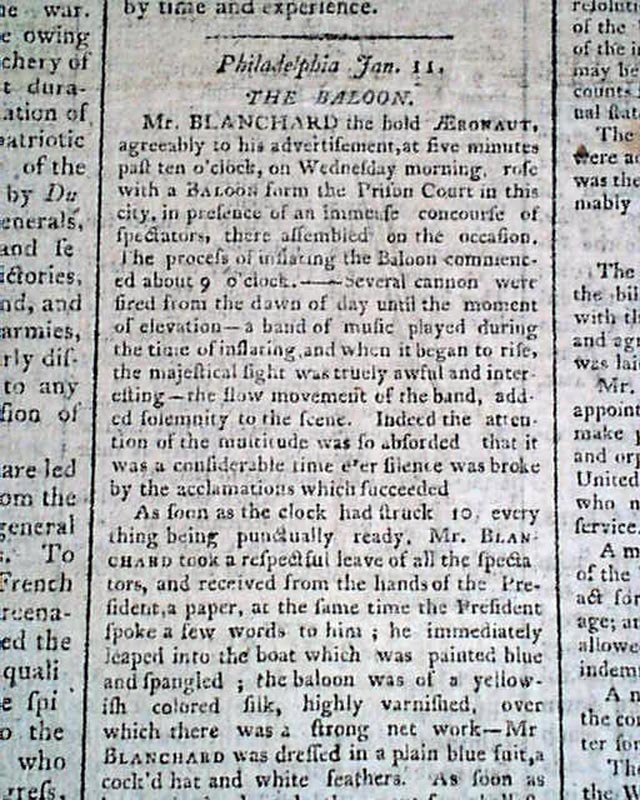 
INDEPENDENT CHRONICLE & UNIVERSAL ADVERTISER, Boston, Jan. 31, 1793  The front page has a nice article on Jean-Pierre Blanchard and: "The Balloon" for which he is famous. This is a descriptive article on one of his ascensions.
Blanchard made the first aerial crossing of the English Channel. He was also the first to make balloon flights in England, North America, Germany, Belgium, and Poland.
Front page reports from Congress include the historic: "...A message was received from the President of the United States that he had signed the act for establishing a mint for a copper coinage...".
Four pages, never-trimmed margins, very handsome & ornate masthead, small binding holes at the blank spine, very nice condition.