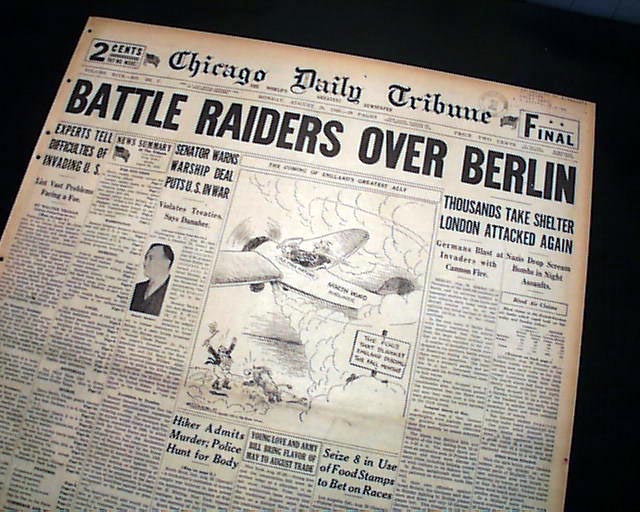 The front page has a nice banner headline: "BATTLE RAIDERS OVER BERLIN" with subheads. A few related photos are on the back page. (see) First report coverage on the very first air attack on the city of Berlin during World War II.
Complete with 28pages, light toning at the margins, some small binding holes along the spine, generally nice.