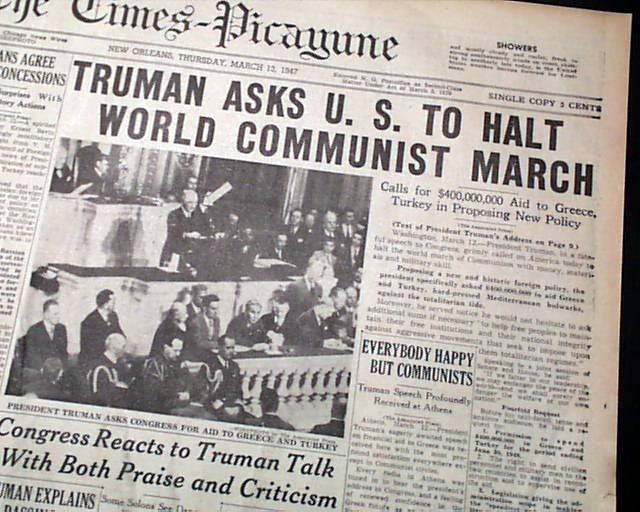 The top of the front page has a five column headline: "TRUMAN ASKS U. S. TO HALT WORLD COMMUNIST MARCH" with subhead and photo. (see)
Complete with all 32 pages, wear along the spine, some wear along the central fold with archival mending along here on page 2 with slight text loss, otherwise good.
wikipedia notes: The Truman Doctrine was a proclamation by U.S. president Harry S. Truman on March 13, 1947. It stated that the U.S. would support Greece and Turkey with economic and military aid to prevent their falling into the Soviet sphere. The Doctrine shifted American foreign policy as regards the Soviet Union from Dtente to, as George F. Kennan phrased it, a policy of containment of Soviet expansion. Historians often use it to mark the starting date of the Cold War.