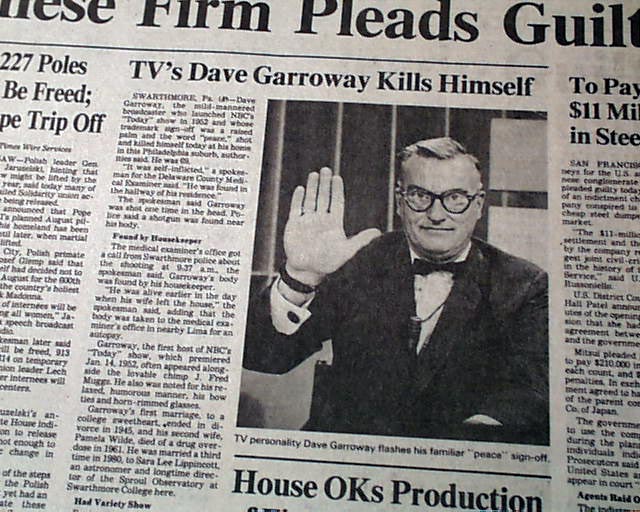 The front page has a three column heading: "TV's Dave Garroway Kills Himself" with photo Nice to have this report in a newspaper from the capital of the entertainment industry.
The complete first section only with pages  1-24, nice condition.