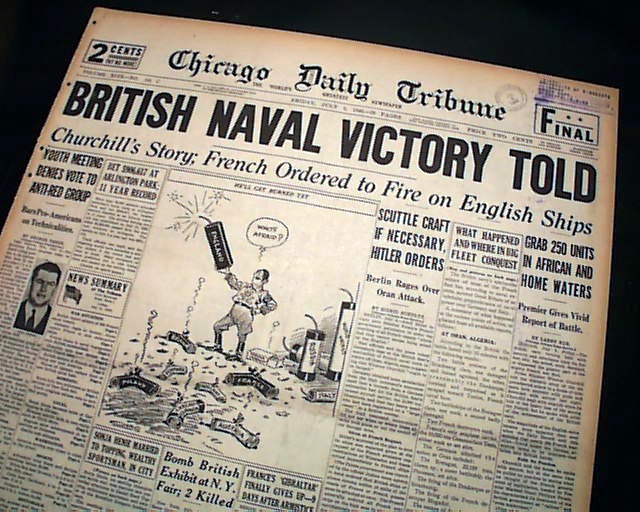 The front page has a nice banner headline: "BRITISH NAVAL VICTORY TOLD; Churchill's Story; French Ordered to Fire on English Ships" with subheads. (see) Nice for display. Five related photos are on the back page. Always nice to have notable events in history reported in this World famous publication.
Other news, sports and advertisements of the day. Complete with all 26 pages, light toning at the margins, small library stamp within the masthead, some small binding holes along the spine, generally nice.