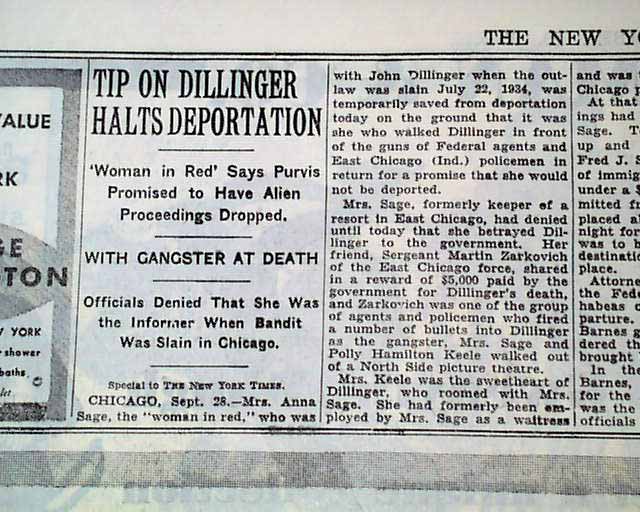 The top of page 10 has a one column heading: "TIP ON DILLINGER HALTS DEPORTATION" with subheads that include: "'Woman in Red' Says Purvis Promised to Have Alien Proceedings Dropped" and more. (see)
Other news of the day. Complete 1st section only with all 36 pages, rag edition in very nice condition.