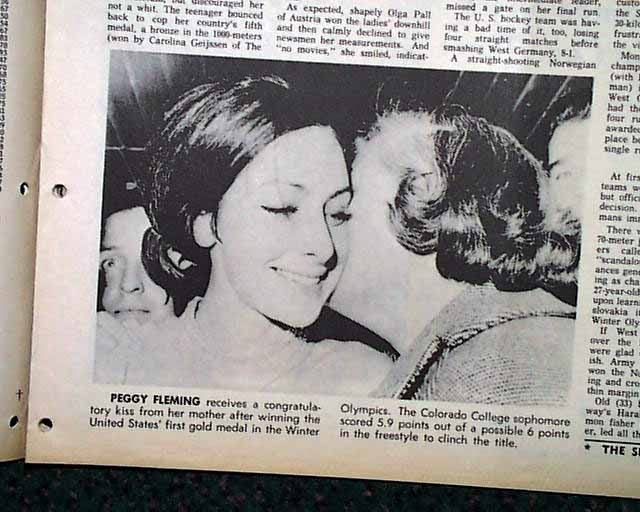 The front page has: "Peggy Fleming - Olympic Queen," which tells of the page 11 featured report: "Olympic Victory Worth the Grind, Peggy Declares," with considerable details of her Olympic Gold Medal showing. Included is a related 4 by 6 inch photo. Peggy earned the U.S.'s only gold medal in the 1968 Winter Olympics, and is credited with helping to return American Figure Skating to International prominence.
The issue is complete in 40 pages and is in very good condition.