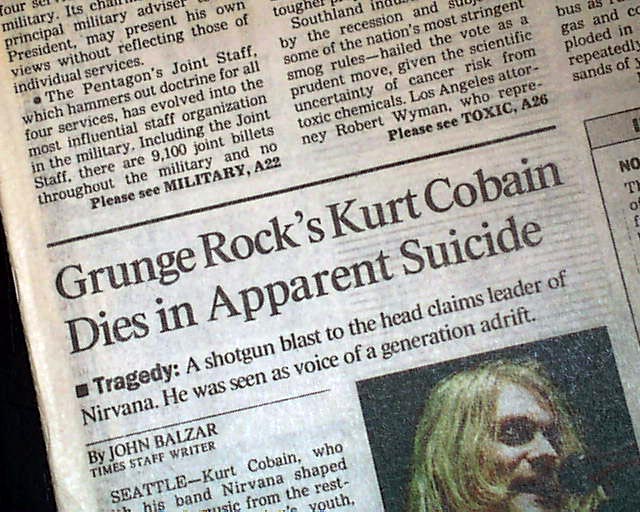 The bottom of the ftpg. has a report headed: "Grunge Rock's Kurt Cobain Dies in Apparent Suicide" with subhead: "A shotgun blast to the head claims leader of Nirvana. He was seen as voice of a generation adrift." Included is a color photo of him. The article carries over to pages 24 &25 (see). Also the front page of section F has a three column headline: "A Poet for the Dysfunctional Age" with subhead and photo. (see)
Great to have this report in a newspaper from the home of the entertainment industry.
The complete first & F sections only with a total of 58 pages, great condition.