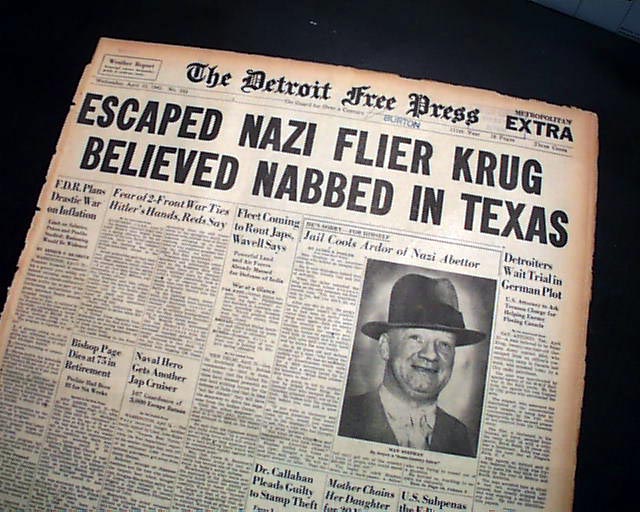 The front page has a nice banner headline: "ESCAPED NAZI FLIER KRUG BELIEVED NABBED IN TEXAS" with subheads and photo of Peter Krug's abettor who would be found guilty of treason.
Complete with 16 pages, light toning and a little wear at the margins.