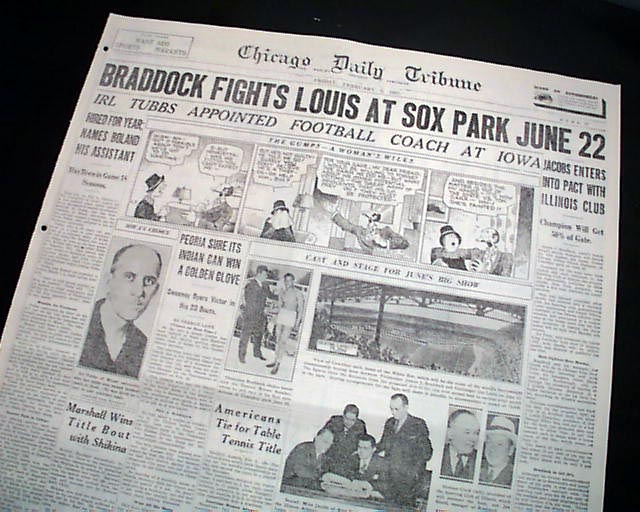 The front page of this section has a banner headline: "BRADDOCK FIGHTS LOUIS AT SOX PARK JUNE 22" with subheads and related pictorial. (see) Nice for display. This would be the fight that Joe Louis would become heavyweight boxing champion of the World for the very 1st time and keep the title for a record 12 years. Great to have in this Chicago publication, very rare as such.
Complete sports section only with 14 pages, rag edition in nice condition. A few small binding holes along the spine.