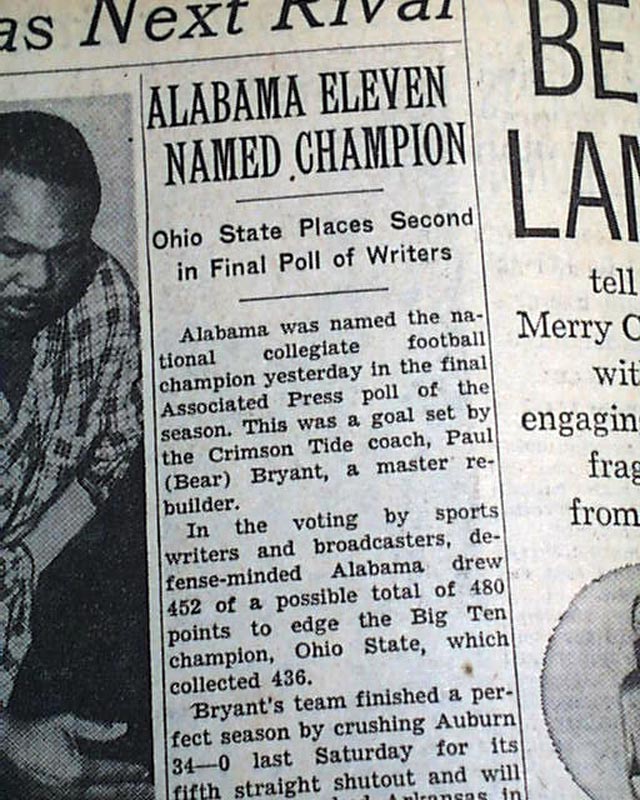 Page 62 has a one column heading: "ALABAMA ELEVEN NAMED CHAMPION" with subhead and standings. (see) First report coverage on Alabama Crimson Tide college football team being named the 1961 national champs by the AP Poll. This was Coach Paul "Bear" Bryant's 1st of 4 national titles.
Ninety-six pages, some various cutouts throughout including one on the front page (see), but the sport's section is fine, sold as is.