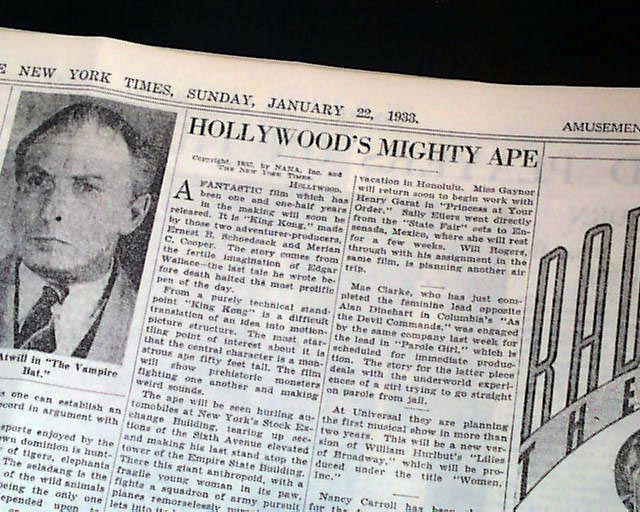 This is a very early item on "King Kong" as page 4 of the "Drama Section" (inside) includes a fine article titled "Hollywood's Mighty Ape" on the new movie "King Kong" which was published well before it would be released to the theaters. The articles focuses on the technical difficulties of making the film. I suspect this is one of the few publications to report this particular event as other titles in our inventory do not. A very significant issue for any collector of King Kong memorabilia.
News, sports advertisements of the day. Complete in a 80+ page Sunday edition, this is the rare rag edition that was produced on very high quality newsprint, with a high percentage of cotton & linen content, allowing the issues to remain very white & sturdy into the present. Given the subscription cost, libraries & institutions rather than individuals were the primary subscribers of these high-quality editions. Nice condition.