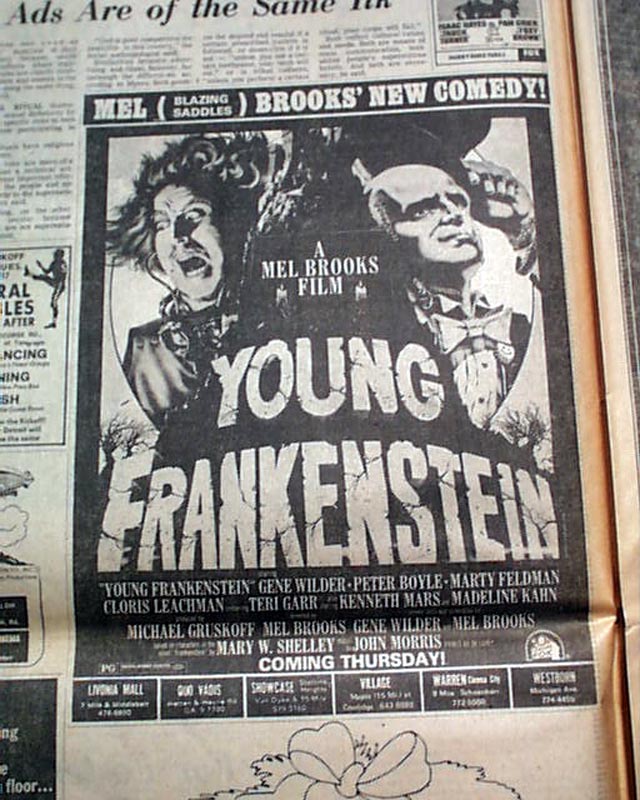 Page 8-C has a 9 x 7 inch advertisement for the movie "YOUNG FRANKENSTEIN" 4 days before the opening.
Page 9-C has a full page poster-like advertisement for "The Godfather Part II" 3 days before the opening. (see) I suspect this to be an extremely rare item because their was really no reason to save it at the time.
Complete sections A & C only with a total of 38 pages, light toning along the central fold of the front page (unrelated), generally nice.