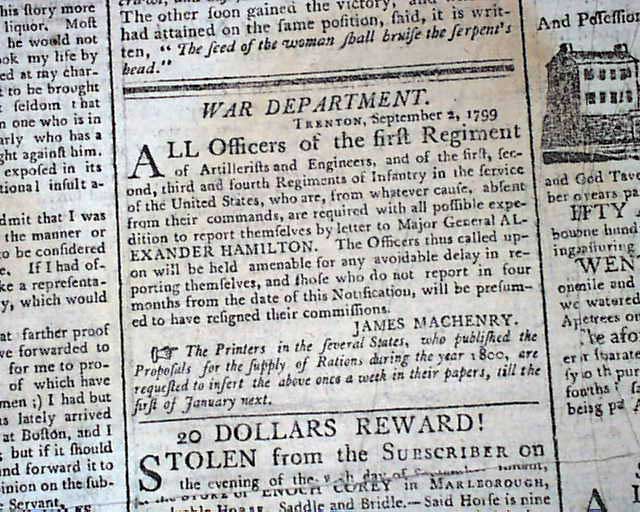 The back page has a nice "War Department" notice mention that: "All officers...who are...absent from their commands are required...to report themselves by letter to Major General ALEXANDER HAMILTON..." with a bit more. This is the Alexander Hamilton who served again in the military during the Quasi War.
Four pages, various foxing, a few creases, good condition.