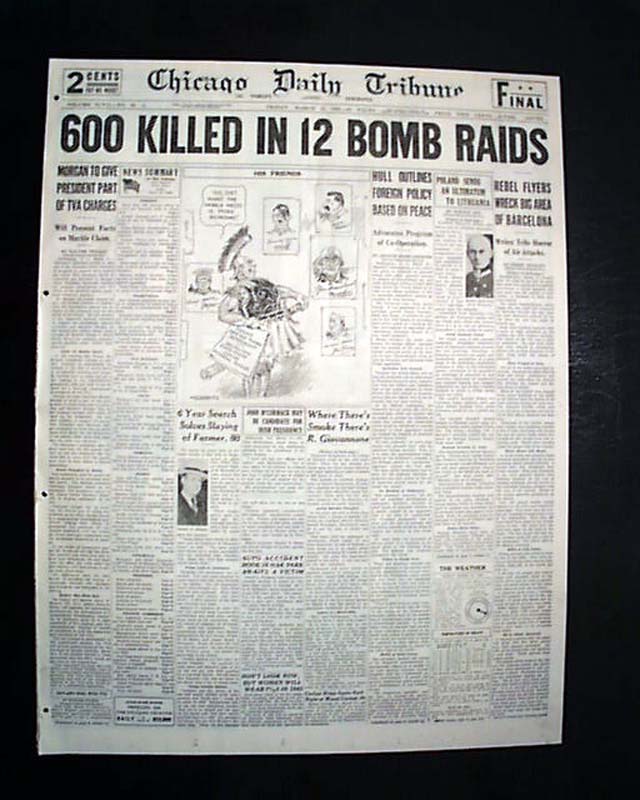 The front page has a nice banner headline: "600 KILLED IN 12 BOMB RAIDS" with subheads. (see) Nice for display. Related photo is on the back page. Coverage on the Nationalist airstrikes on the city of Barcelona during the Spanish Civil War.
Other news, sports and advertisements of the day. Complete in 34 pages, rag edition in great condition. A few small binding holes along the spine.