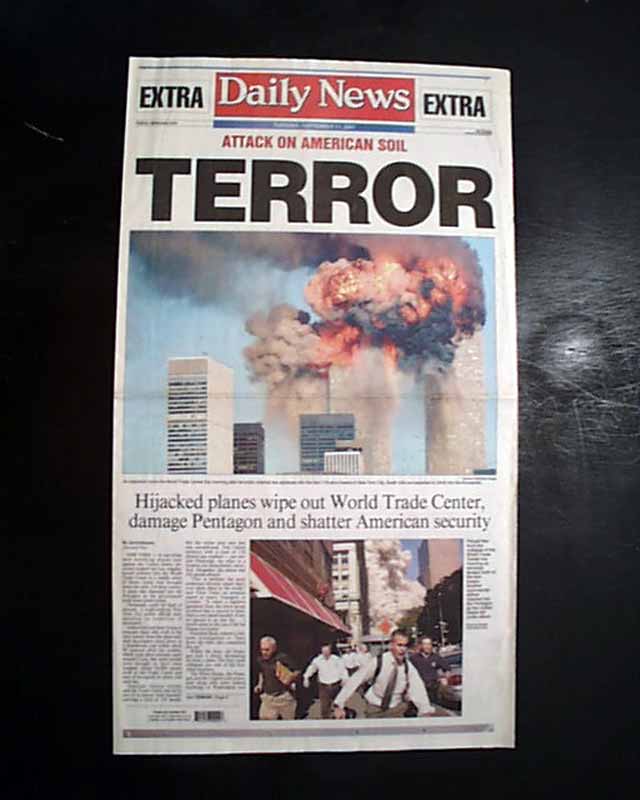 Because most newspapers today are morning papers, most reported the tragedy of September 11 in their Sept. 12 issue. But some printed an "Extra" edition later the same day, such as this newspaper.
The banner headline reads: "TERROR" above which is: "Attack On American Soil" with two related front page color photos & more inside.
The complete 6 pages of this "Extra" edition, a bit of wrinkling at right margin, very nice condition.