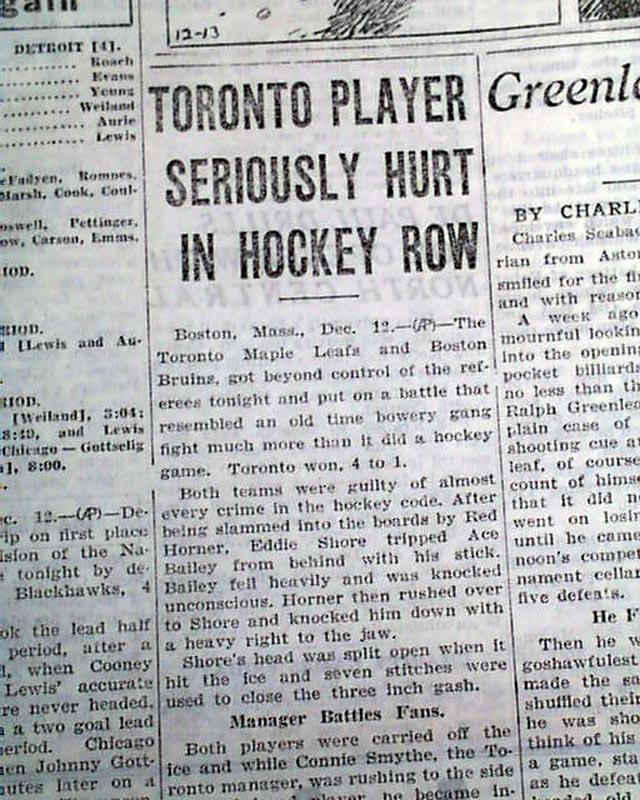 The front page of the sport's section has a one column heading: "TORONTO PLAYER SERIOUSLY HURT IN HOCKEY ROW" (see) First report coverage on Toronto Maple Leafs player, Ace Bailey, being hit from behind by Eddie Shore and fracturing his skull and ending his career. Bailey's jersey was the first ever to be retired by an NHL team.
Complete with 36 pages, rag edition in great condition. A few small binding holes along the spine