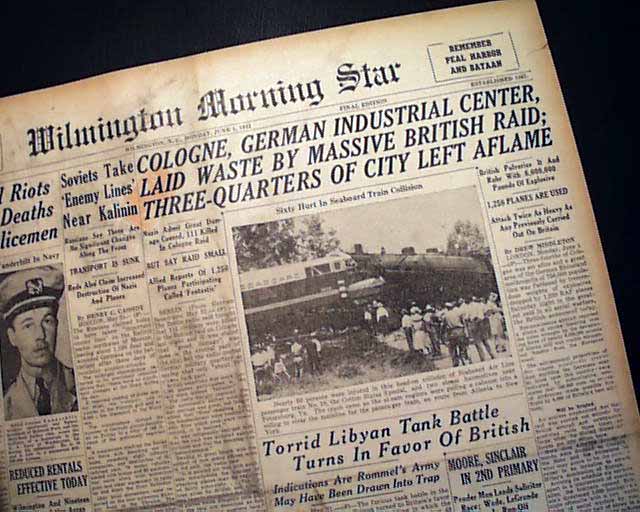 This 8 page newspaper has a five column headline on the front page: "COLOGNE, GERMAN INDUSTRIAL CENTER, LAID WASTE BY MASSIVE BRITISH RAID; THREE-QUARTERS OF CITY LEFT AFLAME" with subheads (see images). This tells of the famous 1,000 bomber raid on Cologne Germany by the RAF during World War II.
Other news, sports and advertisements of the day with much on WWII.
Complete in 8 pages, slightly rough at the left spine with a bit of minor staining, a few non-archival mends on inconsequential pages, but otherwise good.

Note: The first 1,000 bomber raid by the RAF was codenamed Operation Millennium.