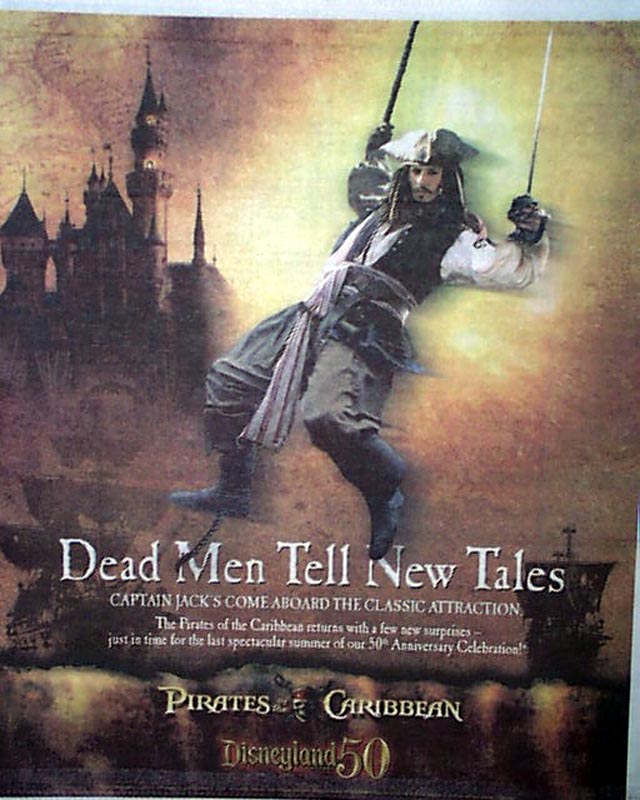 Much coverage in the Weekend Section of the 3rd movie in the Pirates in the Caribbean saga which was released to coincide with Disneyland's 50th Anniversary.
Additionally, there are several movie advertisements and reviews are found in the Calendar section. These picture advertisements include: opening week ad and review for "MIAMI VICE" , "THE ANT BULLY", "LADY IN THE WATER" and "YOU, ME & DUPREE".
Complete issue in good condition.