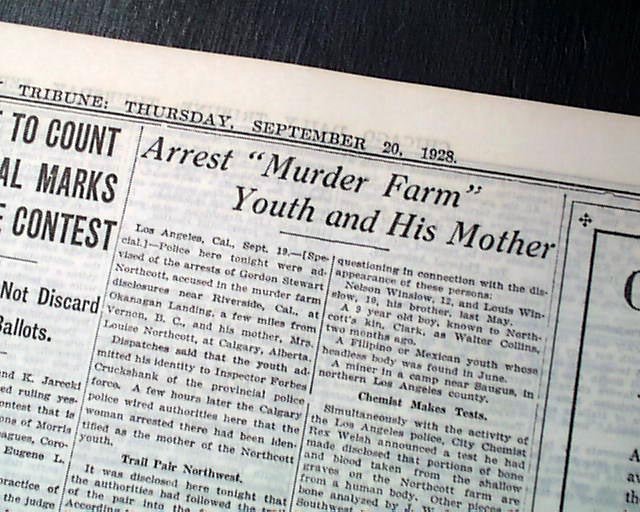 The top of page 3 has a two column heading: "Arrest 'Murder Farm' Youth and His Mother" (see) First report coverage on the Wineville Chicken Coop murders when suspected killer Gordon Northcott was found and arrested in Canada. These murders were featured in the Clint Eastwood movie 'Changeling' starring Angelina Jolie.
Complete with 40 pages, rag edition in great condition.