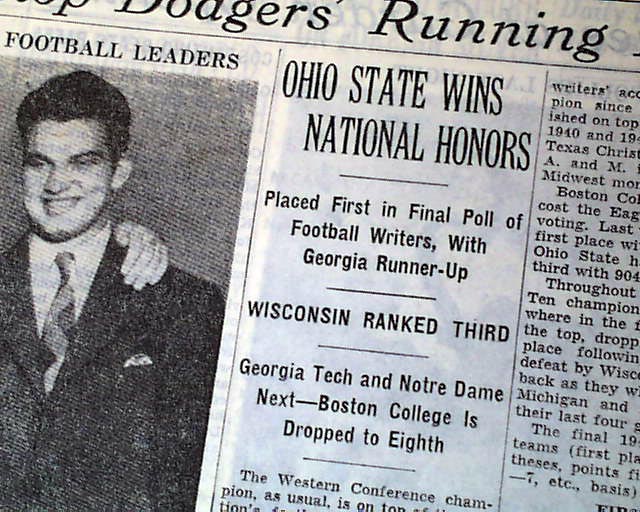 The sport's section (page 37) has one column headings that include: "OHIO STATE WINS NATIONAL HONORS" "Placed First in Final Poll of Football Writers, With Georgia Runner-Up" and more with standing (see images).First report coverage on the Ohio State Buckeyes officially being named national champions of college football by the associated press. Always nice to have notable events in history reported in this World famous publication.
Other news, sports and advertisements of the day with much on World War II. Complete in 52 pages, rag edition, light damp damp staining to the left side, otherwise nice.