Home > Back to Search Results > A report on the Great Plague from 1666...
Click image to enlarge 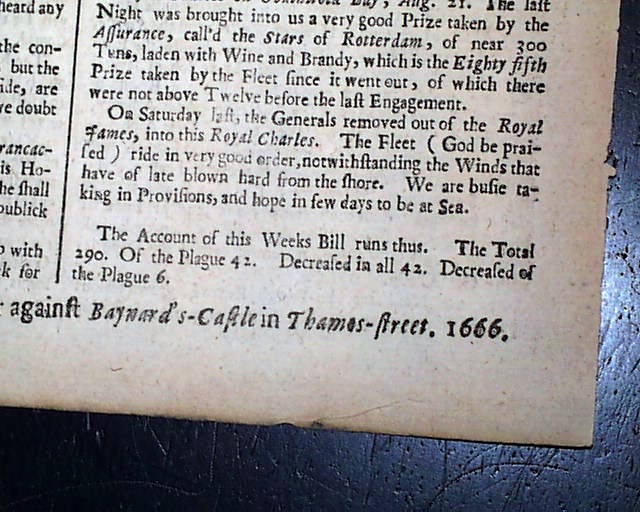 A notable issue from the year when the Great Plague was raging, and also from the year of the Great London Fire.
At the bottom of the back page is a death report which ties it specifically to this significant year: "The Account of this Weeks Bill runs thus. The Total 290. Of the Plague 42. Decreased in all 42. Decreased of the Plague 6."
A single sheet issue, 7 by 11 1/4 inches, great condition.