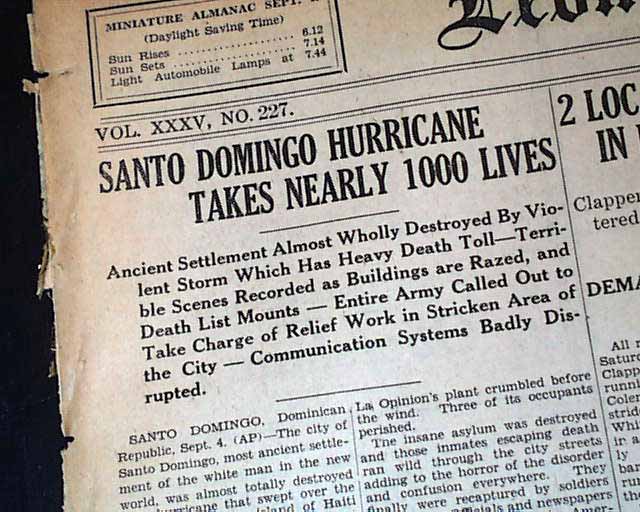 The top of the front page has a two column heading: "Santo Domingo Hurricane Takes Nearly 1000 Lives" with subhead and. (see)
Complete with all 8 pages, light toning and a little wear at the margins, generally good.