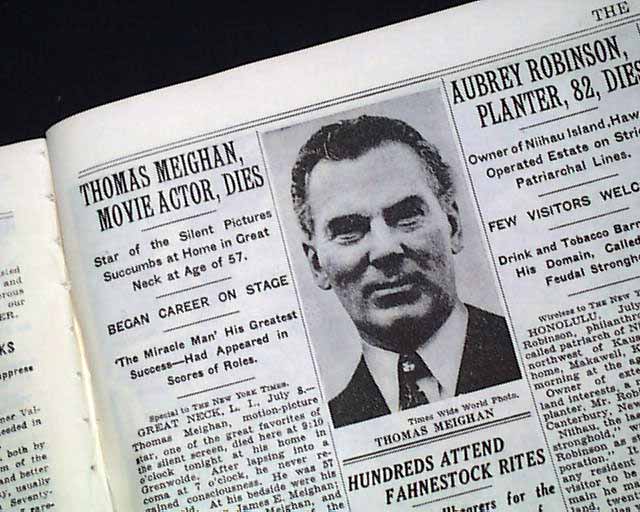 The top of page 21 has a one column heading: "THOMAS MEIGHAN, MOVIE ACTOR, DIES" with subheads and photo. (see)
Other news, sports and advertisements of the day. Complete in 44 pages, rag edition, some spine wear, otherwise in very nice condition.

wikipedia notes: Thomas Meighan was an American actor of silent films and early talkies. He played several leading man roles opposite popular actresses of the day including Mary Pickford and Gloria Swanson. At one point he commanded $10,000 a week.