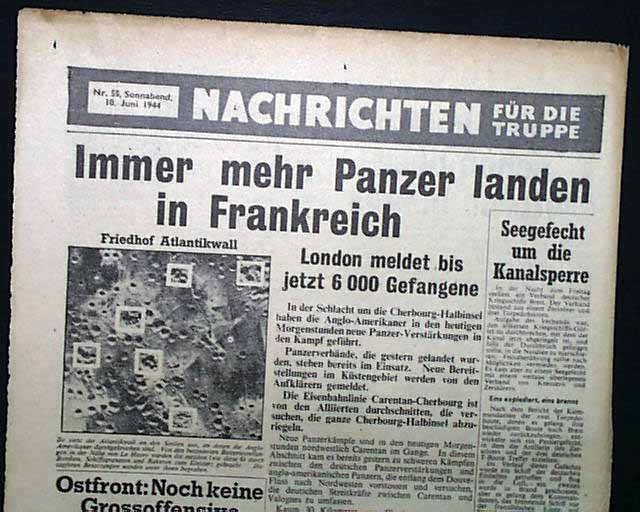 A most fascinating single sheet newspaper, which translates to "News For The Troops", published by the Psychological Warfare Division of the Allied forces and dropped by Allied aircraft over Germany during the closing year of the war. This newspaper/leaflet was created to counter Goebbels' propaganda machine. Notice this dates just after D-Day. The headline translates: "Half of Germany Had an Air Warning".
Measures 9 by 13 inches, very good condition. All in the German language, and an uncommon bit of aerial propaganda.