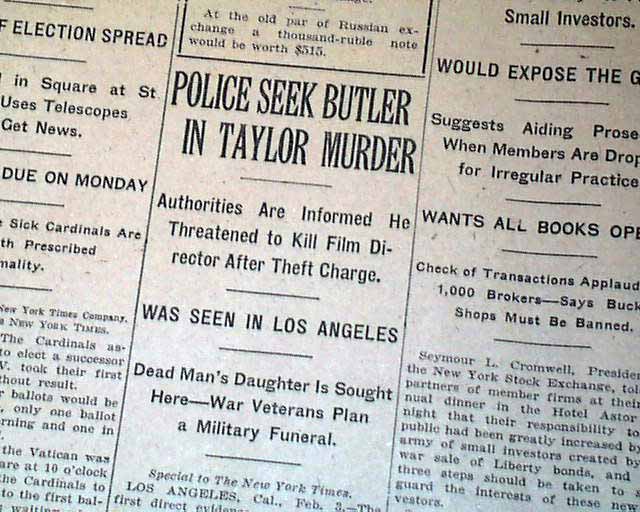 The front page has a one column heading: "POLICE SEEK BUTLER IN TAYLOR MURDER" with subheads. (see) Coverage on the murder of famed actor and director William Desmond Taylor which is still unsolved till this day. Always nice to have notable events in history reported in this World famous publication.
Complete with 24 pages, light toning, some spine wear, generally in good condition.