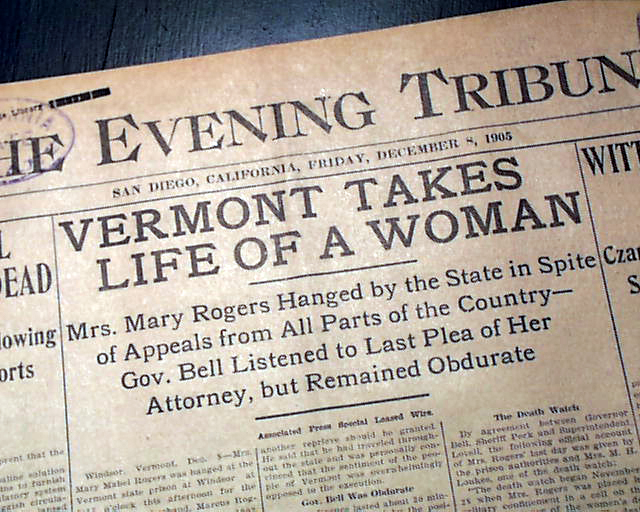 The top of the front page has a three column headline: "VERMONT TAKES LIFE OF A WOMAN" with subhead. (see) Surprisingly this issue is in good condition being from the "wood pulp" era. Very hard to find issues that are not totally fragile from this era in paper.
Complete with 8 pages, small library stamps within the masthead, small binding holes along the spine, generally very nice.

wikipedia notes: Walter Edward Perry Scott, also known as Death Valley Scotty, was a prospector, performer, and con man who was made famous by his many scams involving gold mining and the iconic mansion in Death Valley, known as Scotty's Castle.