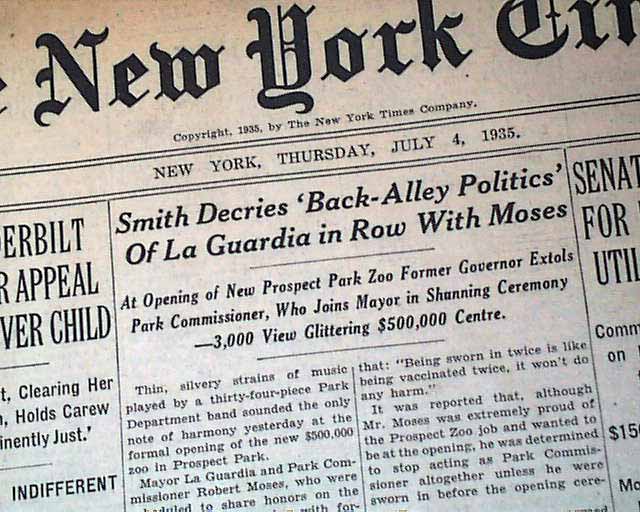 The top of the front page has a two column heading: "Smith Decries 'Back-Alley Politics' Of La Guardia in Row With Moses" with subhead. (see) First report coverage on the opening of Prospect Park Zoo continues on page 17 with 2 related photos. Probably only found in New York City publications. Rare as such.
Other news, sports and advertisements of the day. Complete in 32 pages, light toning and minor wear at the margins, address stamp within the masthead, generally nice.

wikipedia notes: The present facility first opened as a city zoo on July 3, 1935, and was part of a larger revitalization program of city parks, playgrounds and zoos initiated in 1934 by Parks Commissioner Robert Moses. It was built, in large part, through Civil Works Administration and Works Project Administration (WPA) labor and funding.