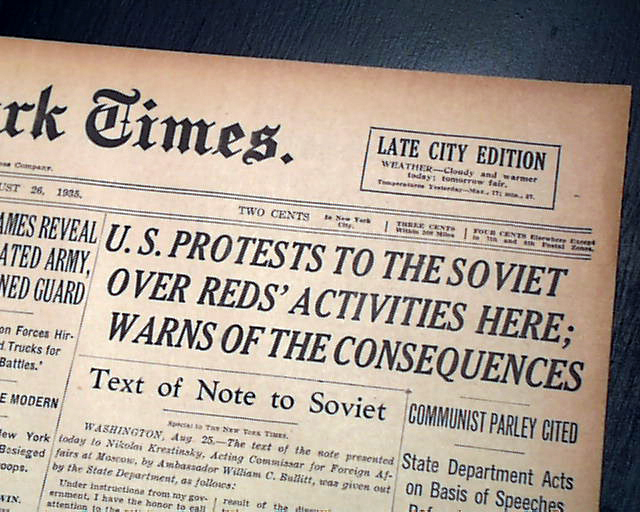 The top of the front page has a three column headline: "U. S. PROTESTS TO THE SOVIET OVER REDS' ACTIVITIES HERE; WARNS OF THE CONSEQUENCES" with subheads. (see) Lengthy article continues inside with complete text of the note to Russia.
Other news, sports and advertisements of the day. Complete in 34 pagers, light toning at the margins, a little spine wear, generally very nice.


wikipedia notes: The U.S. State Department published the text of a note sent to the Soviet Union, threatening an interruption of friendly relations unless the Soviets put a stop to plotting the violent overthrow of the American government