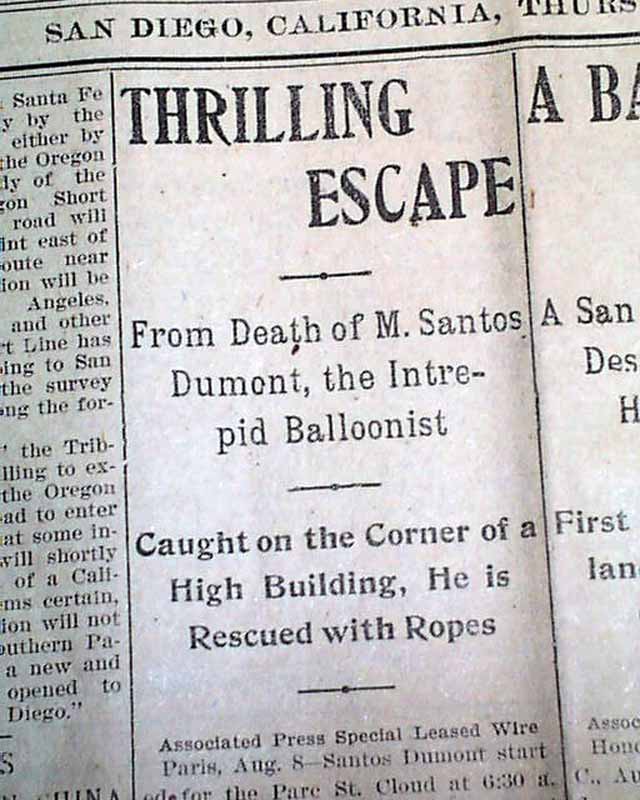 The top of the front page has a one column heading: "THRILLING ESCAPE" with subheads. (see) Surprisingly this issue is in good condition being from the "wood pulp" era. Very hard to find issues that are not totally fragile from this era in paper.
Complete with 8 pages, small library stamps within the masthead, a few small binding holes along the spine, generally very nice.

wikipedia notes: On 8 August 1901, during one of his attempts, his dirigible began to lose hydrogen, and started to descend and was unable to clear the roof of the Trocadero Hotel. Santos-Dumont was left hanging in the basket from the side of the hotel. With the help of the Paris fire brigade, he climbed to the roof without injury, but the dirigible was a complete loss.