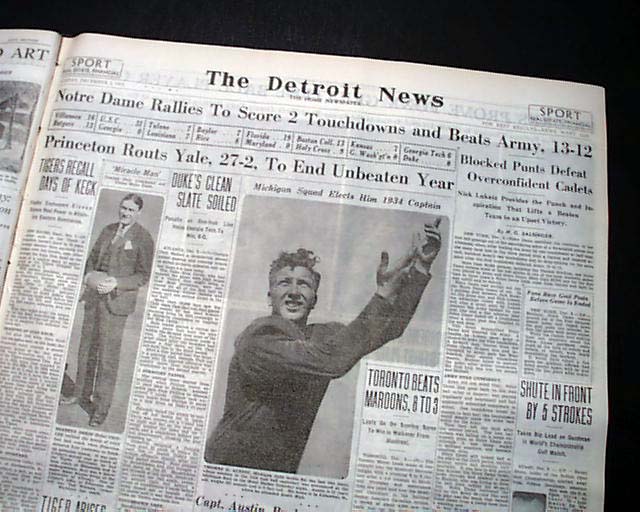 The front page of the sport's section has a banner headline: "Notre Dame Rallies To Score 2 Touchdowns and Beats Army, 13-12" with subheads and lineups. (see) This was the third season without Knute Rockne on the sidelines after his death and Army's only loss for it's football season.
Complete with 50+ pages, rag edition in very nice condition.