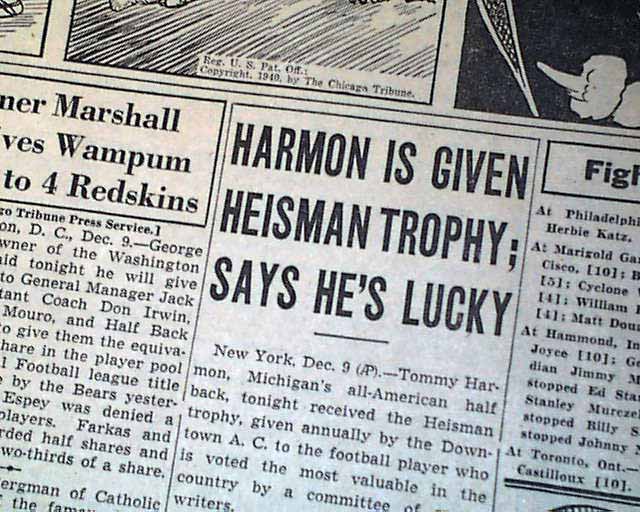 wikipedia notes: Thomas Dudley Harmon (September 28, 1919 – March 15, 1990) was a star player in American college football, a sports broadcaster, and patriarch of a family of American actors. As a player, he won the Heisman Trophy in 1940 and is considered by some to be the greatest football player in Michigan Wolverines history.