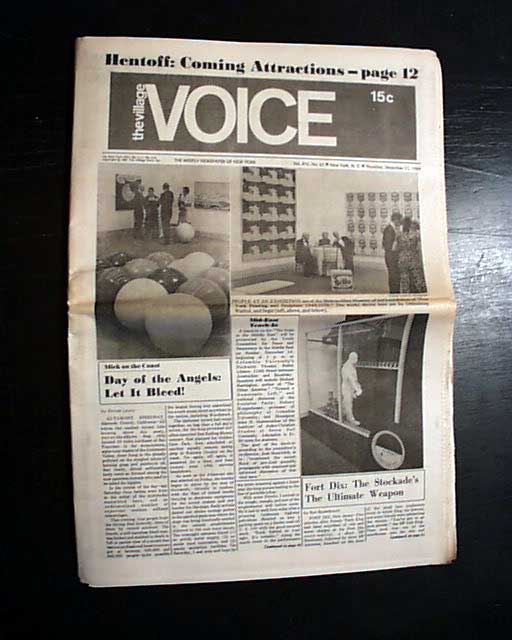 A great issue of this famous counter-culture newspaper as a detailed report by Grover Lewis on the infamous Altamont Free Concert which begins on the front page with heading "Day of the Angel: Let It Bleed!" with small caption: "Mick on the Coast" First report coverage continues inside. Much of this report contains horrid details of the concert that probably wouldn't be reported in the typical newspaper of the day. Rolling Stone Magazine described the event as "rock and roll's all-time worst day, December 6th, a day when everything went perfectly wrong."
It is worth noting that "The Village Voice" was an American news and culture paper, known for being the country's first alternative newsweekly. Founded in 1955, the Voice began as a platform for the creative community of New York City.
Complete in 80 pages, tabloid-size, one crease across the center, very nice, clean condition.