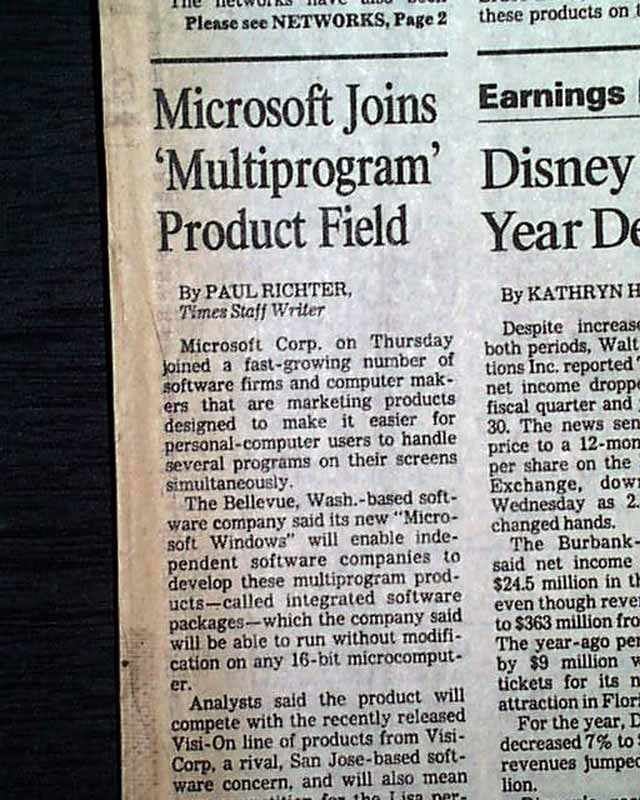 Microsoft reveals "WINDOWS" to the world...

The front page of the Business Section has the historic unveiling of Microsoft's new "WINDOWS" operating system: "Microsoft Joins 'Multiprogram' Product Field", which is continued on an inside page. Quite historic. In contrast to the "game changing" announcement, is the report of Atari signing on Alan Alda in an effort to encourage adults to take their own computers seriously.
Other news of the day, sports, advertising and more is found throughout.
Several sections of the newspaper are included and are in good condition, but this offering is for the described content regarding Microsoft.