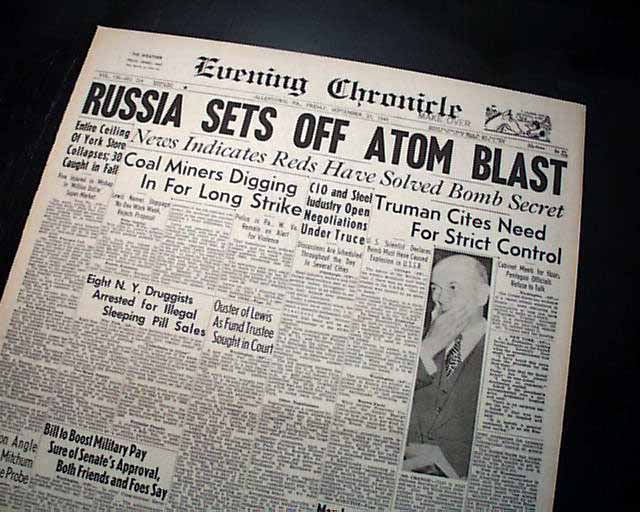 The top of the front page has a banner headline: "RUSSIA SETS OFF ATOM BLAST" with subheads. (see)
Front leaf only (pages 1 &2), nice for display as such.