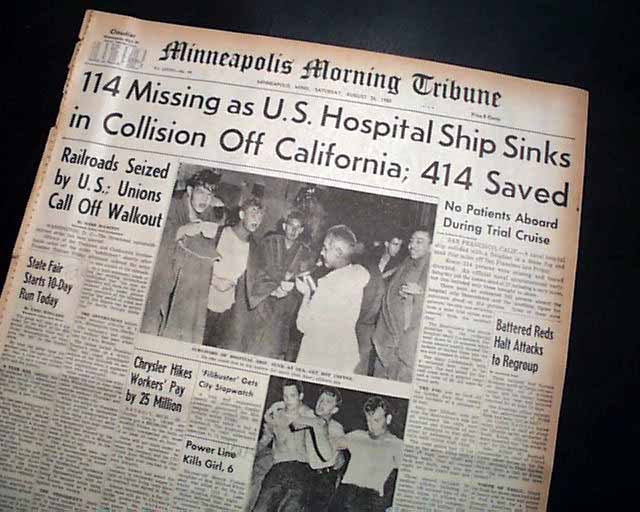 The front page has a nice banner headline: "114 Missing as U.S. Hospital Ship Sinks in Collision Off California; 414 Saved" with subhead and 3 related photos. (see). First report coverage on the collision of the USS Benevolence and the SS Mary Luckenbach in San Francisco Bay.
Complete with all 24 pages, light toning at the margins, some spine wear, generally good.