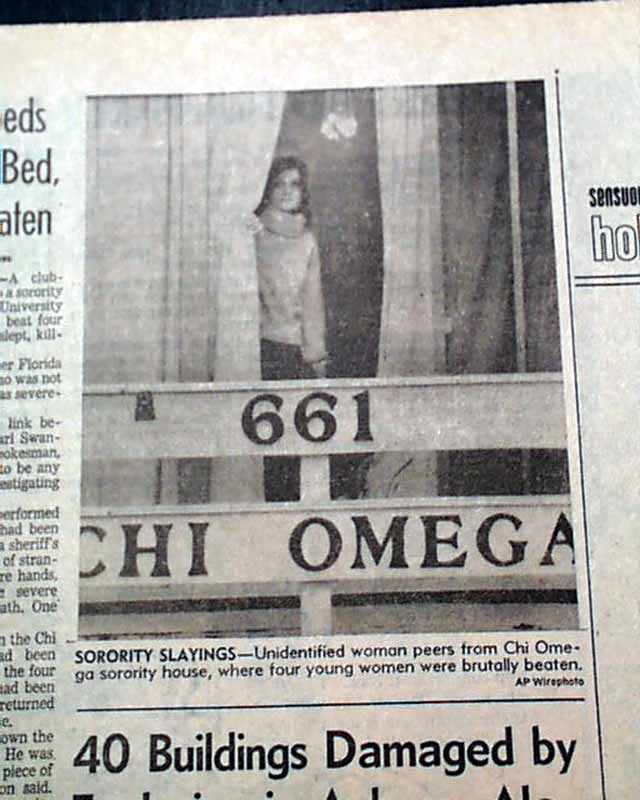 The top of page 5 has a one column heading: "2 Florida Coeds Strangled in Bed, 3 Others Beaten" with related photo. (see) Of course it was not known at the of this report that the killer was Ted Bundy.
Complete 1st section only with 22 pages, nice condition.