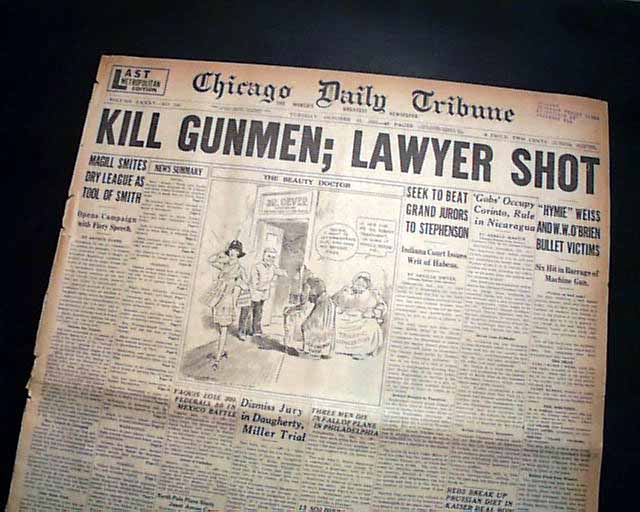 The top of the front page has a nice banner headline: "KILL GUNMAN; LAWYER SHOT" with subheads. (see) First report coverage on the assassination of Chicago mob boss Hymie Weiss. Weiss was known as 'the only man Al Capone feared'. Great to have in this World famous Chicago publication. Very rare as such.
Twenty-eight pages, some margin wear and chipping with minimal text loss, some archival mending on page 2 to a few tears, still a nice item for display. Should be handled with care.