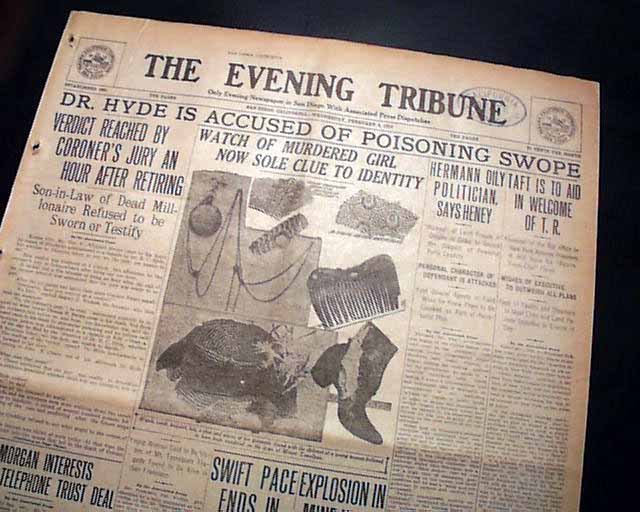 The front page has a nice banner headline: "DR. HYDE IS ACCUSED OF POISONING SWOPE" with subheads. (see) Surprisingly this issue is in good condition being from the "wood pulp" era. Very hard to find issues that are not totally fragile from this era in paper.
Complete with 10 pages, small library stamp within the masthead, some small binding holes along the spine, generally nice.

wikipedia notes: Thomas Hunton Swope was an American real estate magnate and philanthropist in Kansas City, Missouri. His death in 1909 became the focus of one of the most publicized murder trials in the early 20th century.