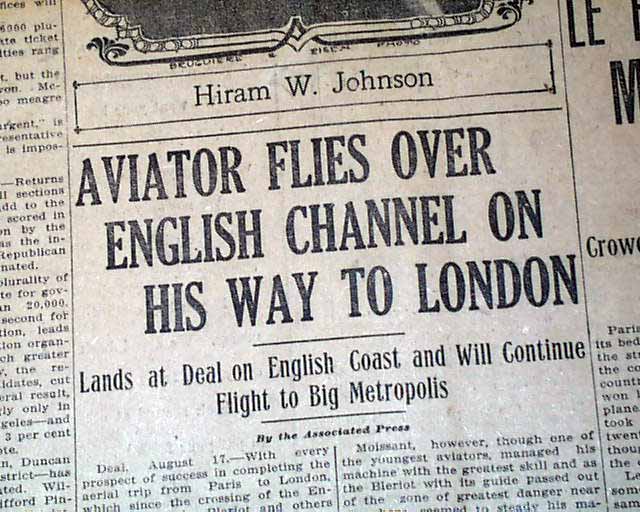 The front page has a two column headline: "AVIATOR FLIES OVER ENGLISH CHANNEL ON HIS WAY TO LONDON" with subhead. (see) Surprisingly this issue is in good condition being from the "wood pulp" era. Very hard to find issues that are not totally fragile from this era in paper.
Complete with 10 pages, small library stamp within the masthead, some small binding holes along the spine, generally nice.

wikipedia notes: John Bevins Moisant known as the "King of Aviators," was an American aviator, aeronautical engineer, flight instructor, businessman, and revolutionary. On August 17, 1910, he flew the first flight with a passenger across the English Channel. His passengers on the flight were Albert Fileux, his mechanic, and his cat, Mademoiselle Fifi. This feat was accomplished on Moisant's sixth flight as a pilot.