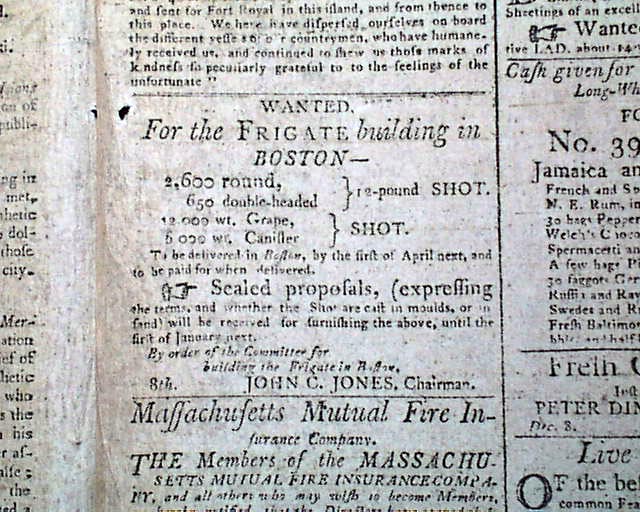 A notable issue in U.S. Naval history, as page 3 has an interesting advertisement headed: "Wanted, For the Frigate Building in Boston..." with the various items needed, signed by John C. Jones, Chairman.
This is believed to be for the frigate "Salem", as the back page has an ad for buying copper for its construction.
Also on pg. 3 is an advertisement for a theatrical production at the "Federal Theatre" which includes a one act play titled: "The Launch; or Huzza for the Constitution" which was launched the year before.
And the back page has an ad looking for "Those brave New England Seamen who are disposed to serve their country..." to serve on the "Frigate Constitution", aka Old Ironsides.
Four pages, nice condition.