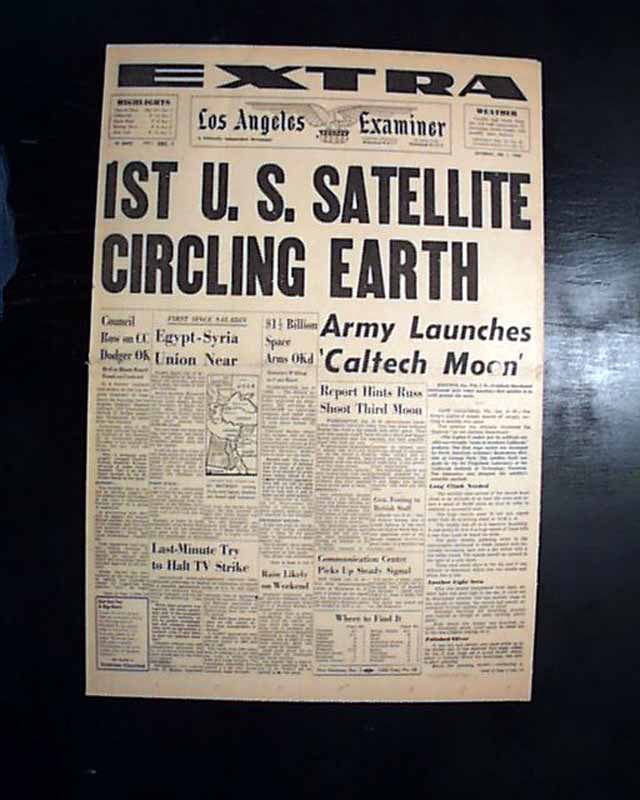 The front page has a nice headline announcing America's successful entry in the space race with: "1ST U. S. SATELLITE CIRCLING EARTH" with a subheads. Keep in mind this was but 5 months after the Soviet Union's successful launch of Sputnik which shocked American scientists and caused a rush to make this launch happen as early as possible. And also just a few months after America's first effort, which resulted in an embarrassing failure.
Incomplete issue containing the front and back leafs of the 1st section (4 pages total), nice for display as such.