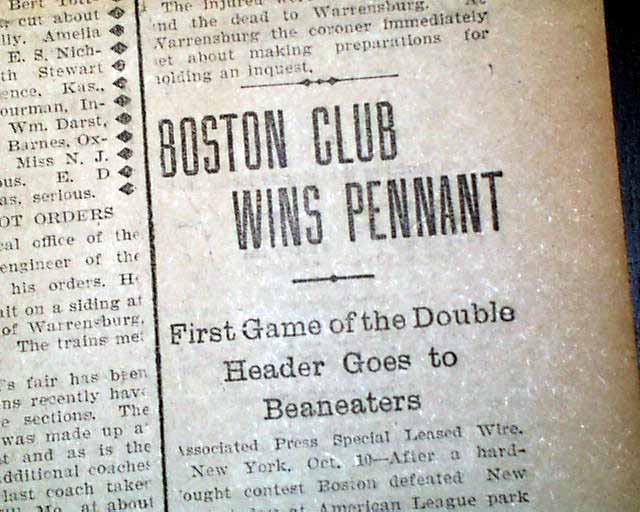 The front page has a one column heading: "Boston Club Wins Pennant" with subhead. (see) Interestingly there was no World Series for this year. Surprisingly this issue is in good condition being from the "wood pulp" era. Very hard to find issues that are not totally fragile from this era in paper.
Complete with 6 pages, two small, lightly inked library stamps within the masthead, a little irregular along the spine, generally nice.

wikipedia notes: The 1904 Major League Baseball season was contested from April 14 to October 10, 1904. The Boston Americans and New York Giants finished atop standings for the American League and National League, respectively. There was no postseason, as the Giants declined to meet the Americans in a World Series.