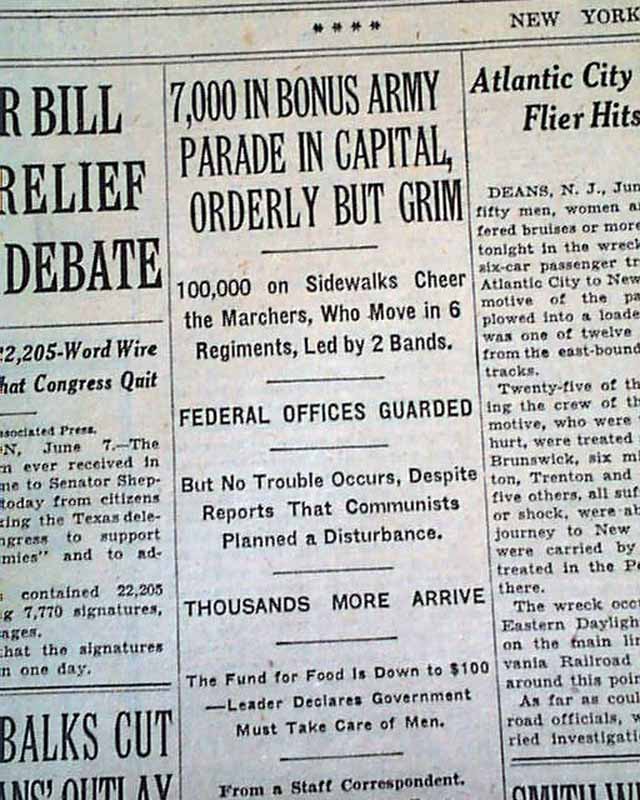 The top of the front page is a one column heading: "7,000 IN BONUS ARMY PARADE IN CAPITAL, ORDERLY BUT GRIM" with subheads. (see) Lengthy text continues inside. This was the initial march which would end up into major conflict later in the Summer. Always nice to have notable events in history reported in this World famous publication.
Other news, sports and advertisements of the day. Complete in 42 pages, light toning at the margins, nice condition.