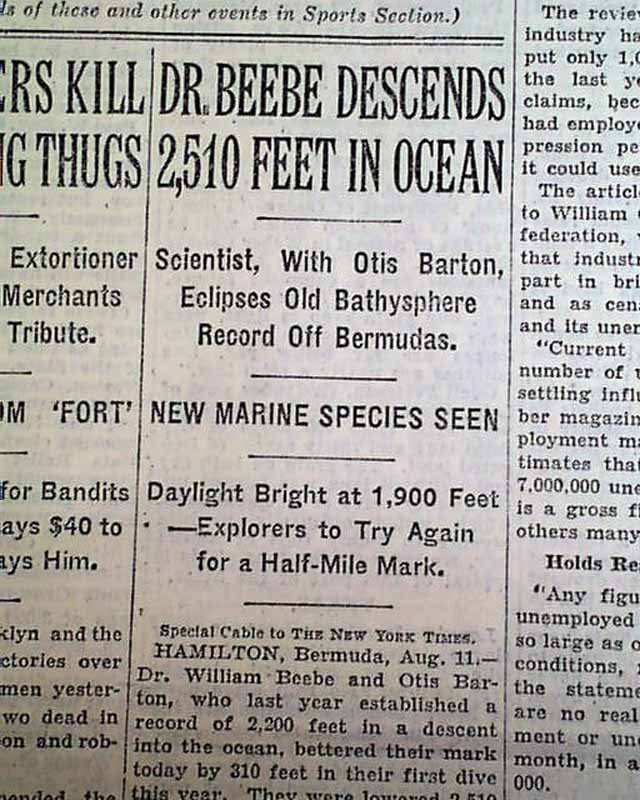 The front page has a one column heading: "DR. BEEBE DESCENDS 2,510 FEET IN OCEAN" with subheads. (see) First report coverage continues on page 3 with 2 related photos.
Other news of the day. Complete 1st section only with all 26 pages, rag edition in nice condition.

wikipedia notes: On August 11, 1934, Beebe and Barton made a descent of 2,510 feet, setting a new world record. Beebe used this dive as an opportunity to test the predictions made by quantum mechanics that different colors of light would behave differently due to their varying wavelengths. Beebe carried a painted spectroscope to measure the rate at which the various colors of light vanished as he descended. This dive was also Beebe's most successful yet in terms of the variety of fish he encountered, some of which were new to science. Although he halted this descent only 140 feet short of their goal of a half mile, Beebe later explained that he considered the observations he made from the Bathysphere to be more important than the depth records that he set.