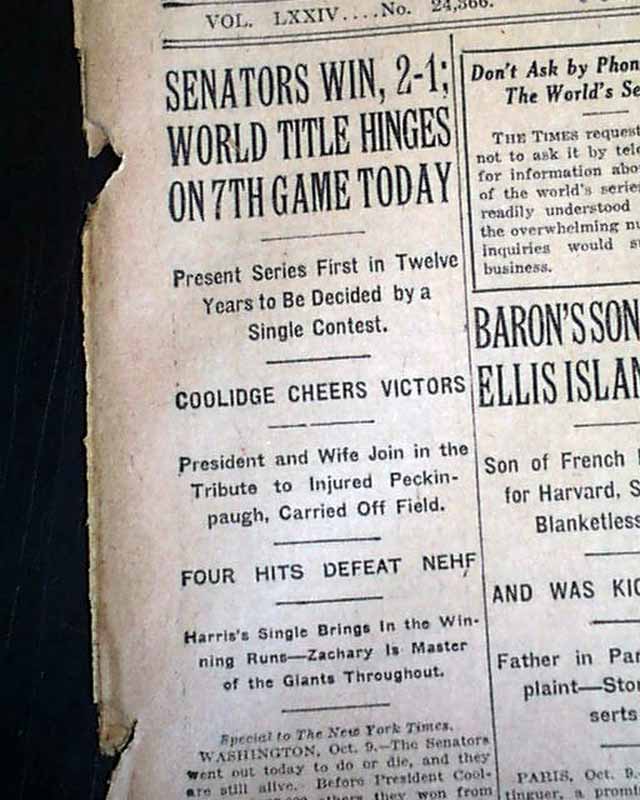 The top of the front page has a one column heading: "SENATORS WIN, 2-1; WORLD TITLE HINGES ON 7TH GAME TODAY" with subheads. (see) More in the sport's section. First report coverage of game 6 of the World Series between the New York Giants and Washington Senators. The Senators would become the 1924 World Series champions on this day.
Other news, sports and advertisements of the day. Complete with all 40 pages, light toning, irregular along the spine, generally nice.