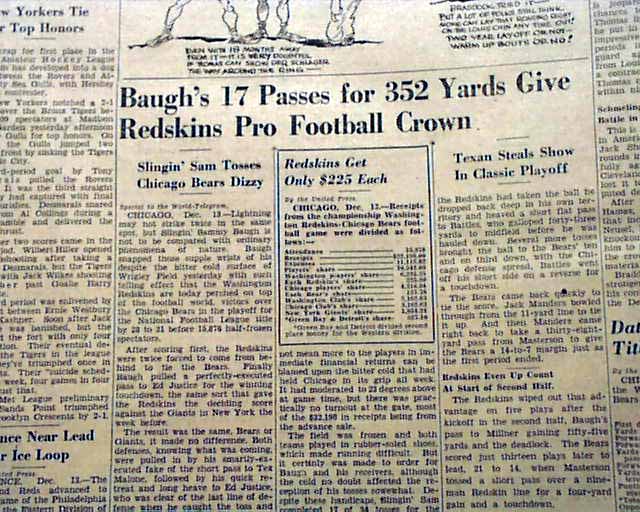 The sport's section (page 24) has a three column heading: "Baugh's 17 Passes for 352 Yards Give Redskins Pro Football Crown" with subheads.
Also of historic significance is a banner headline on the front page: "JAPAN MUST PAY--ROOSEVELT" with subheads. (see) Coverage on the USS Panay incident on the Yangtza River in China.
Complete with 36 pages, light toning and a little wear at the margins, some small binding holes along the spine, generally good.