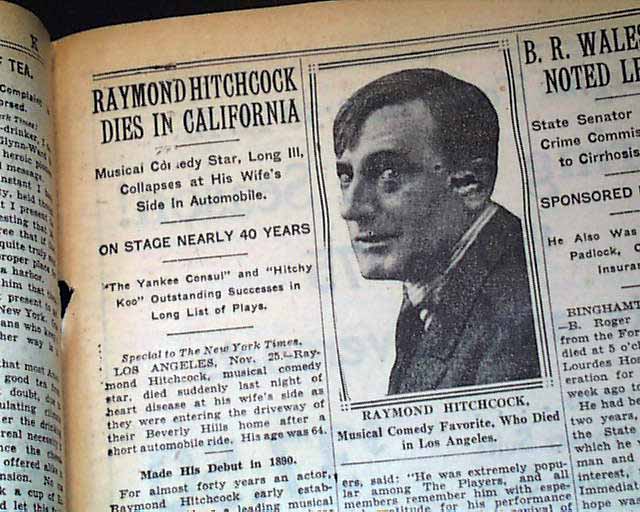 Page 31 has one column headings: "RAYMOND HITCHCOCK DIES IN CALIFORNIA" "Musical Comedy Star, Long Ill, Collapses at His Wife's Side in Automobile" "On Stage Nearly 40 Years" and more with photo. (see) I suspect this is one of the few publications to report this particular event as other titles in our inventory do not.
Other news, sports and advertisements of the day. Complete in 64 pages, light toning at the margins, a little irregular along the spine, generally nice.