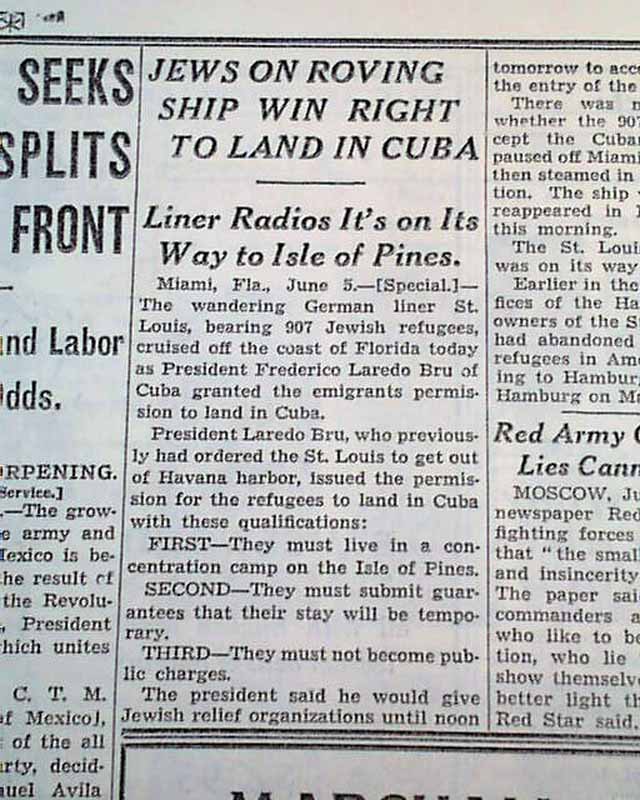 The top of page 4 has a one column heading: "Jews On Roving Ship Win Right To Land In Cuba" with subhead. (see) Always nice to have notable events in history reported in this World famous publication.
Other news, sports and advertisements of the day. Complete in 32 pages, this is the "rag edition" printed on very high quality newsprint meant for the requirements of institutional holdings consequently in great condition. Four small binding holes at the blank spine.