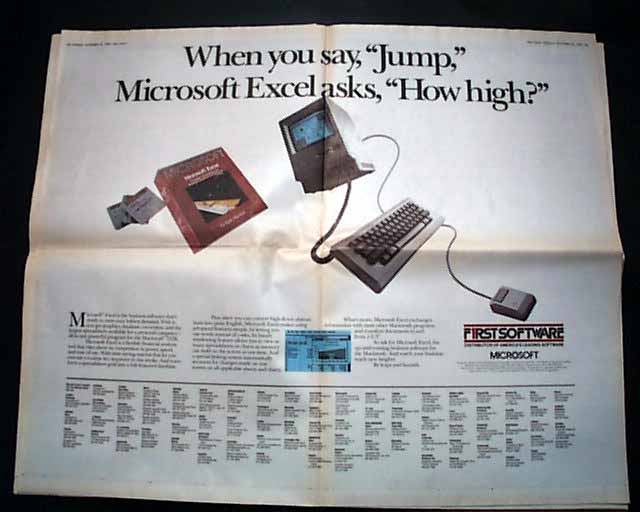 Within section B is a nice double-page advertisement for the first version of the Microsoft Excel spreadsheet. A very early and rare ad as there was no reason to keep this issue as there was no historic event that happened on this date. (see)
Complete with all sections (40 pages), nice condition.

wikipedia notes: Microsoft originally marketed a spreadsheet program called Multiplan in 1982. Multiplan became very popular on CP/M systems, but on MS-DOS systems it lost popularity to Lotus 1-2-3. Microsoft released the first version of Excel for the Macintosh on September 30, 1985